Is another recession on the way or are the headlines overblown? 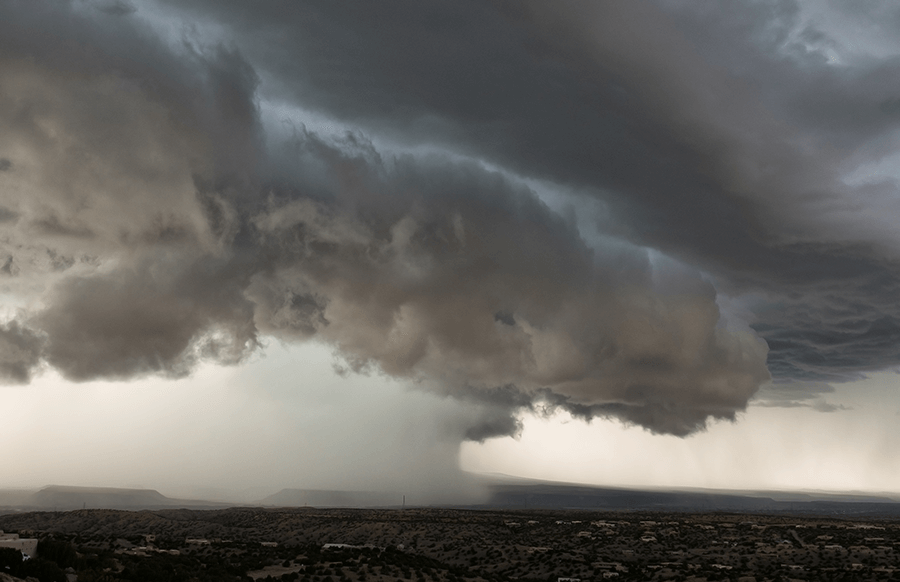 Should we be preparing for another economic storm?

Paying attention to the headlines in the newspaper could cause a great deal of confusion. One day the U.S. stock markets are achieving record highs along with the lowest unemployment rate in years; the next day there is data indicating economic recession is right around the corner due to numerous warning signals. Furthermore, the political rhetoric adds additional mystery to short and long-term business planning. Our goal is to objectively reach a conclusion on the current economic environment and where it is headed.
Let’s start with the numerous positive data points and the reasons for continued economic expansion. First, and most important, the U.S. consumer is the engine that propels the economy, accounting for roughly 2/3 of U.S. GDP. It would be tough to wager a slowdown is imminent with nonfarm payrolls continuing to grow on a year-over-year basis, personal consumption remains near cycle highs, and consumer confidence is at all-time highs. Never bet against the U.S. consumer- they are resilient and resourceful allowing for economy to grow despite many minor disruptions. Moving to businesses, expectations remained elevated for growth and the Purchasing Manager’s Index remains above 50 (50 is the threshold between business expansion and contraction). Finally, the Federal Reserve Bank of Atlanta is now expecting 2Q GDP to be 4.7%, which is well above long-term growth rates of 3% and their estimate has steadily increased over the six weeks.

What would cause us to become concerned about the economy going forward with those positive data points? First, the Federal Reserve has not had a great history with interest rate increases, over tightening which has led to recessions. Since the late 1970s, the Federal Reserve has gone through eight rate hike cycles, with five leading to recessions (and the current rate cycle has not been determined). Next, the U.S. Treasury yield curve has flattened with only 35bps separating the 2-year and the 10-year yields. Reviewing past cycles, when the spread of 10-year and 2-year is negative, then a recession is likely and has precluded each recession since the late 1970’s. The larger the spread, the more optimistic the market is for economic growth. In the mid-cycle slowdown during the mid-90s, the yield curve flattened to 34bps between the 10-year and 2-year before widening and having other six years of economic growth.
Two other areas of causing concern is the increase in oil prices, having increased over 20% y/y. While that has not always led to an economic contraction, it has impacted consumer spending behavior and confidence in the past when there have been significant and/or prolonged price increases. The other potential concern is the impact from international trade. While it is too early to tell the outcome, short term effects could cause uncertainty and negatively impact the economy. Whether the recent changes international trade dynamics are a long term positive or negative, as an economist I understand the negative impacts of global trade wars. However, as a realist, I understand that it isn’t a Free Trade globally, which causes the conundrum. Bottom line, it is not as clear cut as most professional forecasters make it appear.

So, what are we watching closely to help with our strategic planning over the next 6-12 months? First, we are using our Recession Barometer, which has correctly predicted all five recessions dating back to 1978. This helps eliminate biases that arise from constant headline news and fluctuating data points. The Recession Barometer is currently showing continued economic growth; however, several data points are inching closer to signal economic contraction. Going forward, we are paying close attention to the consumer since it is the largest factor in our Recession Barometer. Any change in consumer confidence, spending, employment, or any slowdown in the consumer would cause us to become more concerned. The other thing that we are following closely is the yield curve due to its incredible accuracy in predicting the future. 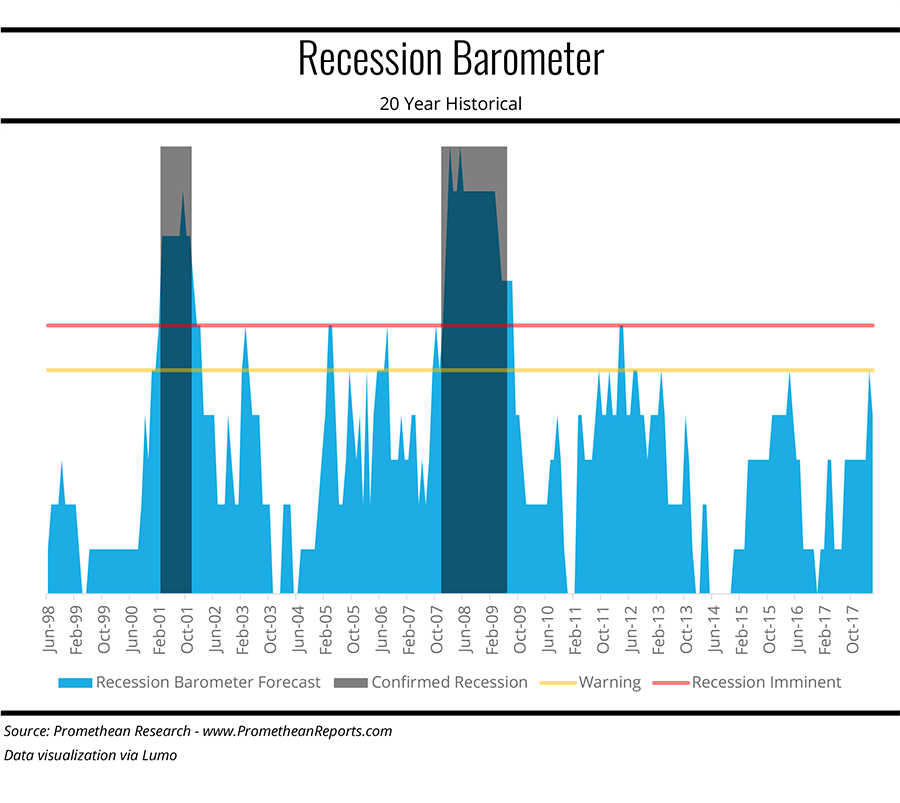 Regardless, we want to be ready to react whether we are headed for further expansion, a midcycle slowdown, or economic contraction. Having plans in place for each scenario will let you grow your business in any economic environment.